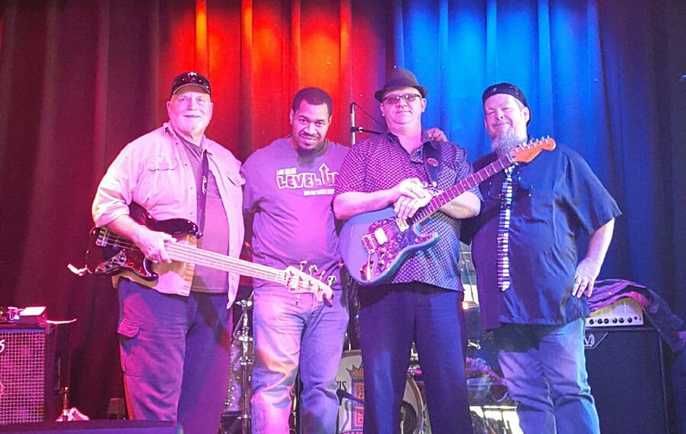 If Tennessee is the “state” of American music, then Memphis is without a doubt the “first city” of that music! Memphis musicians have given the world rock & roll, rockabilly,

If Tennessee is the “state” of American music, then Memphis is without a doubt the “first city” of that music! Memphis musicians have given the world rock & roll, rockabilly, blues, soul, gospel, and r&b! The Jason Foree Band consists of a group of seasoned professionals who seek to build on that legacy by performing an eclectic mix of music with a distinctively “Memphis Flavor”. Thanks to the creativity, vision, and leadership of Jason Foree, the band wants to share this legacy with you. Read on for booking info or visit the Contact page of this site!!!

Jason developed a love for music at an early age and was taught piano between the ages of 8 and 10 years old. At 14 he found that he far more enjoyed learning songs by ear and began playing keyboard in garage bands but always enjoyed playing around with the guitar.

At age 19 he bought his own guitar that he affectionately calls “Old Blue”, and still plays today. Throughout his early 20’s he played semi-professionally while working various “day jobs”. Then in 2001, at the age of 28, he began his full-time musical career.

This was a big year for Jason for many reasons but, most importantly, this is the year he came to believe in The Lord Jesus Christ. He completely read The Bible and was baptized on his 29th birthday.

Married to his best friend, Gail, in 2004, Jason is the quintessential Memphis musician playing in numerous bands throughout the last two decades, including leading his own group. In addition to performing as lead singer and guitarist of The Jason Foree Band, Jason wears other music-related hats which include songwriting, arranging, recording, and engineering.

Jason enjoys and appreciates ALL genres of music and is quite versatile but, there’s something about that Memphis sound and feel that will always come through in a live performance.